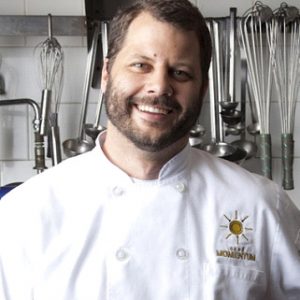 Chad has been a chef for 16 years, but sold his partnership share of Parigi Restaurant to devote his full attention to Café Momentum as Executive Director. He previously served as President of the board of directors for Dallas Farmers Market Friends, and is the current Vice Chair of the El Centro Exes Association. Awards include the 2011 Edible Dallas/Fort Worth “Local Hero – Chef” award, and multiple nominations from D Magazine for “Best Up-And-Coming Chef” (2010) and “Best Chef” (2011 and 2012).