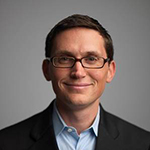 Sadhu Johnston, Deputy City Manger at the City of Vancouver, shares the beautiful British Columbia city’s ambitious plan to be the world’s top green city by 2020. The city, which has grown by 26% since 1990, has managed to actually reduce its current per-person carbon output to below that year’s levels — an astoundingly green accomplishment. In four of the past five years, Vancouver has been named as having the highest quality of life of any city in the entire world. “Vancouver is demonstrating that you can be green, and people want to be a part of it,” Johnston explains. “Our current mayor and council wanted to build off of that track record, so they adopted the Greenest City Action Plan 2020.  This sets a path forward for [Vancouver] to be the greenest city in the world by 2020.”