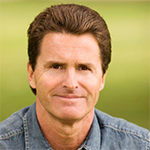 Upon leaving behind a high-stress real estate job, Adam Hall found himself at a Central California ranch, where he poured his efforts into recreating biodiversity and establishing preservation programs for the land. Out of that work grew the Earthkeeper Alliance and Hall’s first book, The Earthkeeper: Undeveloping the Future. The alliance “un-develops” land by selecting wild spaces slated for development and scaling back the development to achieve a less overbearing environmental impact. “The more each of us connects with our own environment and nature as a whole, we will be fine,” Hall says of the future of the planet. “We have a lot of challenges in front of us, but it is very much in our hands.”