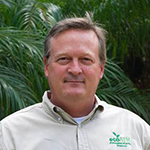 A few years back, entrepreneur Mark Bowles was in between startups when he read that only 3% of mobile phones were being recycled. An idea hit him instantly: Make recycling convenient and immediately incentivized, and more people would participate. ecoATM was born, and the incentive in this case, instant cash, has consumers getting paid for old mobile phones, digital music players and tablets while out for groceries or shopping at the local mall. “Everybody wants a clean planet,” Bowles says. “But, we all have different thresholds of when we will respond. I wanted to lower that threshold and put [ecoATM] in your normal weekly path. You’ll see it over and over, and when you have phones and you want to get rid of them, we’re right there.”