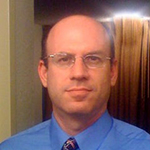 eRideShare.com founder and CEO Steve Schoeffler watched the Internet grow in the 1990s until he had a light bulb moment: Carpooling could be a natural way for people to connect online. Though the reach of the site was small when it debuted in 1999, its audience has steadily grown to 30,000+ monthly users as visitors have become more interested in ride sharing to spare money and resources. The free online service has created a social network of sorts for those looking for everything from regular commutes to one-time cross-country adventures. “The United States is the chief emitter per capita of greenhouse gases,” Schoeffler says. “Carpooling is a way of immediately reducing your carbon footprint in a substantial way. It cuts on pollution, reduces traffic and gets you there faster.”