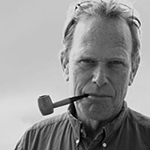 Filmmaker Mark Kitchell had an “I can’t believe nobody has done this” moment in the early 2000s when he thought up an idea to make a cinematic history of the environmental movement. The project, on which he started in 2001 and has been working full time since 2008, is now completed and titled A Fierce Green Fire. Kitchell compares the changes the world is currently going through to the industrial revolution, which he notes took two centuries to unfold — he classifies the current environmental situation as “almost too big, too fundamental to deal with. But one thing is for sure: It’s about civilizational transformation. “[The environmental movement] is maybe the most important movement the world has ever witnessed,” Kitchell proclaims. “It sure deserves a big-picture film that really puts it all together so people can see what it’s all about.”