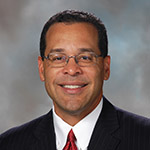 John Viera, Global Director of Sustainability and Vehicle Environmental Matters at Ford, began his career with the company nearly three decades ago as a product engineer. As such, he got to know the ins and outs of designing every part of Ford’s entire product line. All of his experiences as an engineer were the perfect segue to Viera’s current role, where he is tasked with ensuring that every new Ford model is as environmentally friendly as possible. “[Ford] declared this year that we are reducing the amount of waste going to landfill by 40% between 2011 and 2016,” Viera reveals. “That comes on top of a 40% reduction we had from 2007 to 2011. The intention here is to get to zero waste to landfill.”