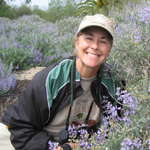 The Friends of Ballona Wetlands started as a grassroots concept in a living room and has blossomed into a 33-year-old nonprofit still fighting for wetland health and preservation in Playa del Ray, CA. Lisa Fimiani got her start at the organization 25 years ago as a volunteer, and now acts as the nonprofit’s Executive Director. The area of coastal greater Los Angeles has been at risk for decades now, fueled by 20th century commercial and residential growth. Though developments such as Palisades del Ray and Marina del Ray threatened to ruin these very fragile wetlands, the 70,000-plus volunteers over the years have ensured that they survive and thrive. To date, more than 600 acres are protected with new tidegates to prevent flooding and improve water flow. “You don’t preserve wildlife and habitat by standing on the fringe and constantly complaining,” Fimiani says. “We will always do what is best for the wetlands.”