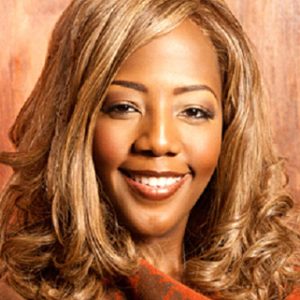 Gail Warrior is the founder and CEO of Warrior Group, a commercial general contractor headquartered in Dallas, Texas. The company began in 1997 as a provider of high-quality relocatable modular buildings to federal agencies. Since that time, Gail has led the company to become one of the largest woman/minority owned general contractors in the country and one of the country’s leading experts in Permanent Modular Construction. She has assembled a team with extensive experience in a diverse range of project types who look for innovative solutions to help each client determine what construction materials, means and methods will create the best value for their construction budget.

As CEO, Gail has guided the company’s strategic plan and the corporate guiding principles, creating a company culture that celebrates superior customer service, empowerment and excellence. She also provides day-to-day oversight and ensures that the company delivers on its high standards of customer service.

Warrior Group was an integral partner with the University of North Texas as they expanded their presence in the region. Warrior Group completed the LEED (Leadership in Energy and Environmental Design) Gold Certified Building Two on the UNT Dallas campus in 2010. The $41.5 million, three-story, 100,000 square-foot facility helps anchor this growing campus in Southern Dallas and includes academic space for students to focus on math and science studies. Warrior Group engaged in the $29 million renovation of UNT’s Universities Center of Dallas in downtown Dallas so the former department store building can accommodate the new UNT Law School.

The Warrior Group is currently working on the expansion of the Student Union on UNT’s Denton campus. This $128 million renovation project, the largest undertaken on the campus, will add 292,600 square feet to the current Student Union building and includes food service facilities, meeting space, an auditorium, art gallery space, offices and lounge areas to better serve students at this fast growing university. When completed in May 2015, the renovated and new Student Union spaces will create a welcoming, stimulating, sustainable atmosphere for the campus of 45,000 students.

Gail Warrior and Warrior Group have won more than 45 national, regional and local awards, and have been nominated for many others. Warrior Group projects were recognized with awards from the Modular Building Institute and Environmental Design & Construction magazine. The company made DiversityBusiness.com’s 2011 Div500 List of the nation’s largest minority- and women- owned businesses and Gail has earned the coveted Ernst & Young Entrepreneur of the Year award. In 2010 Warrior Group was inducted into INC magazine’s prestigious “INC 500” and ranked 32nd in the Black Enterprise list of Top 100 Industrial Service Companies. Since 2009, Warrior Group has ranked in the top 10 list of Largest Woman-Owned Businesses in North Texas published by the Dallas Business Journal.

As an entrepreneur, Gail has also received several additional honors including: the National Association of Real Estate Brokers – Acme Award, the Top Women Entrepreneurs in North America by Enterprising Women; the National Association of Women Business Owners (NAWBO)/Wells Fargo Trailblazer award; and the Dallas Historical Society honored her with their 2011 Award for Excellence.

Gail is dedicated to giving back to the community and founded the Heart of a Warrior Charitable Foundation in 2007 where she serves as the board chair. Under her leadership, Heart of a Warrior has developed the highly effective Young Warriors Summer Learning Program which provides educational enrichment programs for underserved children to combat summer learning loss.

Committed to giving back to the business community, the Warrior Group launched the Warrior Small Business Academy in May 2010 to mentor other entrepreneurs in the construction industry. This eight-week course provides practical advice and guidance in the areas of operations, business development, marketing and finance. The first annual Academy captured the attention of The New York Times when they recognized and singled out Gail’s willingness to mentor others. In 2010 Gail also created the Warrior Women’s luncheon group that meets once a month to help empower women in business and mentor them in their careers.

Gail is a frequent public speaker for business, women and community organizations, and serves on several boards including UNT Dallas Foundation, Entrepreneur Foundation of North Texas, and the Dallas Regional Chamber of Commerce. She graduated from Clark Atlanta University with a B.A. in accounting and earned an M.B.A. from the University of Dallas. She is also the mother of a wonderful son, Corey.