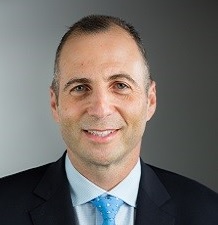 Jon monitors and shapes domestic and international water policies and helps GE Power & Water develop technology collaborations with government entities. Jon also co-leads GE’s Natural Gas Policy Working Group. Prior to assuming his current role in February 2005, Jon served as a director for GE’s Corporate Marketing Initiatives Group. While in this role he was the project leader responsible for developing GE’s global environmental sustainability initiative now called ecomagination*. He also served as general manager, contractual services for GE Water & Process Technologies, with responsibility for developing and executing business plans to drive global expansion into a range of water service segments. Jon joined GE in 2001 as business development leader for GE Energy. During his tenure in that position, Jon led the acquisition of an NYSE-listed global water company and initiated the acquisitions of two other NYSE-listed companies. Active in the community, Jon serves as co-chair of the WasteReuse Association’s Industrial Reuse Committee and served six years on the organization’s board of directors. Jon teaches a class at the University of Pennsylvania called “The Future of Water.” He currently serves of the advisory committee of The Wharton School’s Institute for Global Environmental Leadership and on the US Department of Commerce’s Environmental Technologies Trade Advisory Committee. He has authored numerous articles and speaks frequently on the future of water, water reuse, and policy best practices. Jon holds a bachelor’s degree from the University of Virginia, a law degree from William & Mary, and an MBA in finance from The Wharton School of the University of Pennsylvania.
Thanks for subscribing!