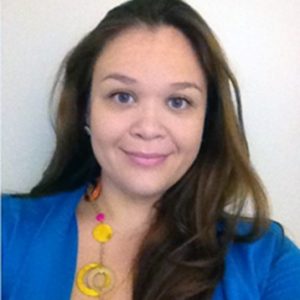 Jackie Ventura joined The Heat Group at the AmericanAirlines Arena in Miami, Florida, in 2001 and is entering her twelfth season with the Miami Heat organization. In her current role, Jackie monitors and tracks all aspects of the day-to-day operations of the Engineering and Operations departments, including utility forecasting/tracking, labor distribution and building work orders, as well as projecting and reconciling its multi-million dollar operating budget. In addition, she is the liaison for all vendors and contractors conducting business with the Engineering and Operations departments at the AA Arena. In 2008, Jackie was approached to evaluate the NBA league-wide suggestions for viable sustainability initiatives for the AA Arena and she determined that the facility would satisfy all of the requirements for LEED Existing Building: Operations & Maintenance certification. Given her history and role in the department, Jackie was able to easily manage and administer the LEED certification completely in-house, and within six (6) months from project registration to certification award only employing the assistance of key staff members and vendors as needed. This earned the Arena the distinction of being the first NBA facility to earn LEED certification in April 2009. Since earning the certification, Jackie has also been charged with reviewing and recommending sustainability efforts for the facility as well as formalizing sustainability policies.
Thanks for subscribing!