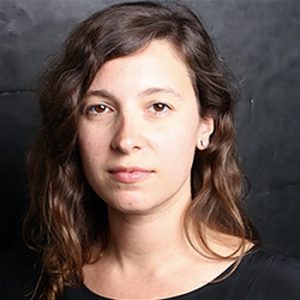 As Content Development Director at Purpose, Jessica brings together creative expertise and a passion for social justice. With a background in editorial and branded content, documentary filmmaking and youth media and education she creates authentic and engaging content for a new media audience. At Purpose, she has worked across issue areas and philanthropy and non-profit clients including the Rockefeller Foundation, Everytown for Gun Safety, and the ACLU.

Before joining Purpose, Jessica was a Sr. Story Producer at VICE Media helping launch their music vertical Noisey and working across all their Webby Award winning verticals such as VICE HBO, VICE News, and Creators Project. Prior to VICE, she worked as a freelance director / producer / editor for New York Magazine, CANADA, Moving Picture Company, Superfly Productions and others. Her work has premiered on major broadcast networks as well as new media channels and has been honored with several Webby, Do Gooder, and Creativity International Awards and Nominations.

Jessica graduated from the School of Visual with a BFA in Film Production with a specialization in Cinematography. Jessica is also the singer of indie folk band This Frontier Needs Heroes and co-founder of Heroic Endeavours Records.