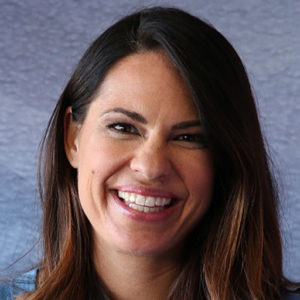 Olympic Gold and Silver Medalist and trailblazer Jessica Mendoza joined ESPN in 2007 and in 2015, became the first woman to serve as an analyst for nationally-televised MLB games. She has since become one of the leading voices in ESPN’s Major League Baseball coverage.

In 2020, Mendoza serves as an analyst in ESPN’s exclusive English-language KBO League coverage for the 2020 regular season. In the 2020 MLB season, she becomes the first woman to serve as a solo analyst for a national package of MLB game telecasts including weeknight games and holiday baseball. She appears regularly on ESPN MLB studio shows including Baseball Tonight, SportsCenter, Get Up and First Take. Mendoza will in 2020 become the first woman to serve as a World Series game analyst on national radio as she joins the MLB on ESPN Radio team for the World Series.

One of the most notable softball players of the 2000’s, Mendoza’s on-field experience seamlessly translated to television. Her ESPN career began in 2007 with her serving as a softball analyst and college football sideline reporter. In addition to her current MLB contributions, Mendoza has also provided analysis on ESPN and ABC Little League World Series coverage since 2016. She has served as an analyst and reporter for the Men’s College World Series and since 2007 has been the lead analyst for ESPN’s coverage of the Women’s College World Series. Mendoza also contributes content to espnW.

Prior to her work with ESPN, Mendoza was a field reporter for Yahoo! Sports at the 2010 Winter Olympic Games and also served as the lead college softball analyst on FOX Sports.

Mendoza was a four-time first team All-American while playing outfield at Stanford University. She led the team to their first ever Women’s College World Series appearance and finished her college career with school records that are still held today in: batting average (.416), hits (327), runs scored (230) and career home runs (50). She was a three-time Stanford Female Athlete of the Year and a First Team Academic All-American in 2002.

Mendoza graduated with a Bachelor of Arts degree in American Studies in 2002 and a Masters in Social Sciences in Education in 2003. She is originally from Camarillo, Calif.