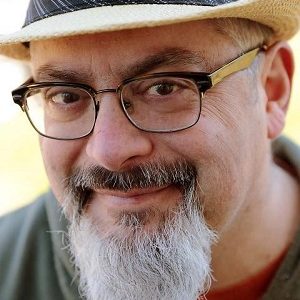 Graduating with an MFA in Directing from UW School of Drama, Steven came to Keeney’s with a creative approach to business. He began his career at Keeney’s as a retail salesperson in March of 1988 and was promoted to General Manager 10 years later.

Steven’s natural leadership qualities coupled with his high degree of intelligence and expertise make him a great mentor to our management team. Under Steven’s direction, our dynamic management team is consistently alert, on task and empowered to make decisions that help our customers. Steven’s extensive knowledge of office ergonomics and sustainable procurement is mirrored by his team, which provides an exceptional level of service to customers.

Steven explains: “We all care about the impact we make on a customer’s operation, & we all take pride in one another’s successes.” Steven is married and has two children, Olivia and Aaron. In his life outside of work, he is a Board Member and Teaching Artist with Seattle Public Theater at the Greenlake Bathhouse. He is also a freelance actor and director whose work has appeared onstage at many theaters in the area.