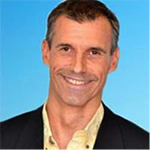 Ben Lecomte’s father taught him how to swim in the Atlantic Ocean at 5 years of age. The impact lasted long after Lecomte’s father passed away from cancer — a lifelong passion for open-water swimming had taken hold. Determined to dedicate his efforts to his father’s memory, Lecomte swam across the Atlantic to raise funds for cancer research. Now, Lecomte turns his attention to a new Longest Swim, as he will transverse 5,500 miles across the Pacific Ocean. “I want to give my kids the same opportunity I had,” Lecomte says, “by using my passion as a way to make a little difference in the environment and creating a more sustainable world. “The solution is in our hands. If we are all a little more conscious of the problems and make little changes in our lives, we will make an immediate impact on the environment.” Visit The Longest Swim’s website. Ben Lecomte originally appeared on Green is Good on March 10, 2014.
Thanks for subscribing!