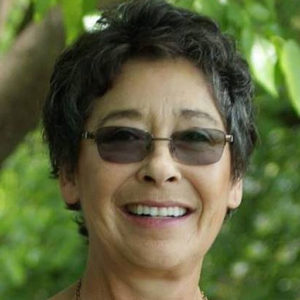 The Cat House on the Kings

After a difficult divorce in 1981, Lynea Lattanzio, our founder, wanted to move to the quiet afforded by a place on a river. She settled on this 6 acre parcel in 1983. She often mused, “What was I thinking, single woman with no children living in a big house on 6 acres?” Nine years later, Lynea’s father asked for her help to replace his 2 Manx cats who had died of old age. In her quest to locate Manx kittens, Lynea visited a local animal shelter, and carried home a box of 15 abandoned kittens (none of them Manx!). By the end of the year, she had rescued and placed 96 homeless cats. Lynea had found her calling, and the rest, as they say, is history.

In 1993, Lynea came out of retirement to become a surgical veterinary technician with a local veterinarian. This experience helped increase her medical knowledge, and helped pay for the veterinary expenses of her growing feline population, which now numbered 150. Lynea sold her 1973 Mercedes 450 SL, her pride and joy, and her two-karat diamond wedding ring. There would no longer be a need for these with the life she had chosen.

In 1997, the Fresno County Board of Supervisors approved a zoning variance for Lynea’s property. This variance pushed The Cat House into the public spotlight, and brought much-needed volunteers and financial support; in 2002 The Cat House on the Kings achieved non-profit status. In 2003, Lynea, with more volunteers and money, continued to expand The Cat House and added an area dedicated to the care of FIV positive cats.

By 2004, The Cat House population had grown to over 500 cats and kittens. The Cat House was well known, but donations had not kept pace with expenses. A very generous donor, Doreen Wallet, left much of her estate to The Cat House on the Kings. This money was used to purchase the neighboring six acres and install cat-proof fencing around the entire 12 acre perimeter.

Today, more than 700 cats and kittens and several dogs enjoy life at The Cat House on the Kings, a no-cage, no-kill shelter!