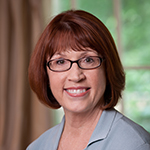 Jan Withers began speaking at drunk-driving victim impact panels following her daughter’s death as a result of a drunk-driving accident in 1992. Over time, Withers’ involvement with the cause only deepened. Her platform was simple: drunk-driving deaths do not need to be a part of life — they are 100% preventable. Withers is now the National President of Mothers Against Drunk Driving, an organization that aims to stop drunk driving, support drunk-driving victims and prevent underage drinking. MADD is one of the largest victim-services organizations in the country with 1,400+ certified victim advocates across the U.S. Still, 27 people are killed due to drunk driving every day in the U.S. — a total of nearly 10,000 lives annually. MADD’s volunteers not only offer support and counseling, but also push for improved legislation and better education to help curb this unfortunate epidemic. “People believe that this issue has been solved,” Withers explains. “There is such awareness now about ‘designated driver,’ ‘don’t drink and drive’ — all of [MADD’s] messages. It has definitely not been solved. One life is one life too many. We won’t stop until there are no lives lost to drunk driving.”