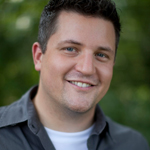 A naturalist at the National Wildlife Federation, David Mizejewski’s passion for nature began seemingly at birth. Referring to himself as a “lifelong nature geek,” Mizejewski developed a passion for animals and nature growing up in New Jersey. After studying ecology in school, Mizejewski made the jump to the NWF in 2000. As NWF celebrates its 75th anniversary this year, its focus remains intact as “America’s conservation organization.” Naturally, as the world has evolved, the NWF has grown and centered on climate change, protecting wildlife and its habitats and connecting people with nature. That last point is especially near and dear to Mizejewski. “A naturalist is somebody that knows a lot about nature,” Mizejewski explains. “My job is to go on TV, go on radio, blog, write books, write for magazines — if there is a media outlet, I try and target it to get in there with our messages about our programs and initiatives, but also about the beauty and wonder of nature.” Visit the National Wildlife Federation website. David Mizejewski appeared on Green is Good on August 27, 2011.
Thanks for subscribing!