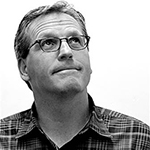 Park Howell, founder and President of Phoenix-based Park&Co, launched the eco-minded marketing company in 1995 to, as he describes it, “use my skills for good.” But, in 1998, Howell says sustainability found him when the City of Mesa, AZ, approached Park&Co to create the “Water: Use It Wisely” campaign. Some 15 years later, more than 400 different entities are using the campaign to spread the water conservation message. Now, Howell and his team use their storytelling prowess to engage consumers on various green-focused causes. “We are all inundated with data and communication,” Howell explains. “Tweets. Blogs. Our brains turn off. But, once we touch someone through the power of story, then you’ve got their attention. Then they’re going to act on emotion.”