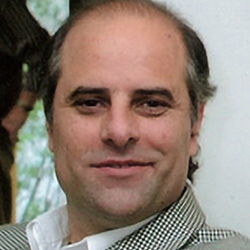 Paulo Ernani Bergamo dos Santos is tax auditor from the municipality of Sao Paulo, Brazil (since1999) and civil engineer from University of Sao Paulo (USP-1990) now enrolled at the University of Columbia of the City of New York, School of International Affairs, Master of Public Administration in Environmental Science and Policy. His multidisciplinary knowledge linked to information technology and sustainability allowed him to create a project to identify and save victims of Chattered Baby Syndrome by the interconnection of Hospitals that became a Law in the city of Mogi das Cruzes, Brazil. He also holds a bachelor degree in law and a master degree in history of science from Pontifical Catholic University of Sao Paulo as well as a master degree in international criminal law from University of Granada, Spain, with a thesis on cybercrime and the protection of children in Brazil and Spain. He holds MBA in Sustainable ITC(USP).