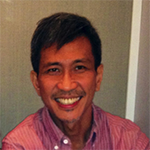 Hong Kong transplant Peter Lu opened Peacefood Café on New York’s Upper West Side in 2008 after fully converting to veganism in 2007. Lu and his business partner wanted to celebrate their newfound life choice, but also wanted to spread the word about vegan food to New Yorkers. The café’s menu of accessible vegan versions of American standards (and a spot-on menu of tasty baked goods) has been a major success. The second Peacefood Café outpost opened in 2013 near Union Square in downtown Manhattan. “I think people are starting to open up about veganism,” Lu reveals. “It’s not a fad diet — it’s been there for years. Our purpose as a restaurant is to give [patrons] a reminder that these foods are really good for you and they are delicious. It’s an incentive to a go a little further and think about what veganism is about. People just really like the food — it doesn’t really matter that it’s vegan.” Visit the Peacefood Café website. Peter Lu originally appeared on Green is Good on January 27, 2014.
Thanks for subscribing!