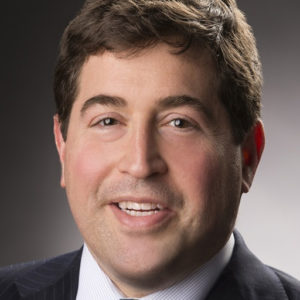 Heading into his ninth year as President of the Milwaukee Bucks, and fifth year as President of the world-class Fiserv Forum, Peter Feigin brings more than two decades of dynamic corporate leadership to Milwaukee’s sports and entertainment scene. His talents, hard work and dedication are the driving force behind the transformational vision for not only the Milwaukee Bucks and Fiserv Forum, but for the city of Milwaukee and state of Wisconsin.

Since taking over as president of the team in October of 2014, Peter has completely reimagined, rebuilt and reenergized the team’s business operations, resulting in substantial increases in attendance, ticket revenue, merchandise revenue, partnership sales and TV viewership. He has assembled a top-flight management team and has nurtured a corporate culture marked by accountability, collaboration and fun. The Bucks were named one of Milwaukee’s best places to work in 2015, 2016, 2017, 2018 and 2019 and Peter’s inspired leadership was recognized with his being named the Milwaukee BizTimes 2015 CEO of the Year and his being named a Milwaukee Business Journal Power Broker in 2018, 2019, and 2020.

Peter’s vision was instrumental in the financing, planning, design and development of Milwaukee’s new 30-acre Deer District, which is anchored by Fiserv Forum, a $524 million, 17,341-seat sports and entertainment venue in downtown Milwaukee that opened on Aug. 26, 2018, as well as the Froedtert & the Medical College of Wisconsin Sports Science Center, the Bucks’ training facility. Continued development of best-in-class real estate developments, including a popular entertainment block with restaurants and bars, an upcoming hotel and apartment building, and two music venues is seamlessly linking Fiserv Forum to existing infrastructure to create a vibrant, urban community. Peter has worked tirelessly to ensure that this historic project contributes to the overall evolution of the city of Milwaukee and state of Wisconsin.

Throughout his time in Milwaukee, Peter has devoted significant energy and effort to working within the Milwaukee community to accomplish important social and economic goals. Beyond spearheading the development and launch of the Milwaukee Bucks Foundation, he serves on the boards of the Boys & Girls Clubs of Greater Milwaukee, the Milwaukee Public Museum, the Milwaukee Public Schools Foundation and City Year Milwaukee, while co-chairing the African American Chamber of Commerce and the COA Parents of the Year. In 2017, Peter served as the chairman of the American Heart and Stroke Association’s annual campaign. Peter also joined the board of CEOs Against Cancer’s Wisconsin chapter.

Peter’s experience cuts across a wide spectrum of business and entertainment corporations, from the NBA to private aviation, and from digital media and motion pictures to theme parks. Prior to joining the Bucks, Peter served as the Chief Marketing and Revenue Officer of Deluxe Entertainment Services Group, a major international entertainment company, where he managed global business units and handled branding and business development. Prior to joining Deluxe, Peter was the President and Chief Operating Officer of Marquis Jet Partners Inc./NetJets, the world’s leading private aviation company. Peter was integral in Berkshire Hathaway’s NetJets acquisition of Marquis Jet in 2010 and played a central role in the integration of the two companies. After transitioning post-merger to the same responsibilities at NetJets, he led the company to significant revenue growth.

From 1998 to 2004, Peter worked for the New York Knicks in a variety of roles culminating in his position as Vice President of Marketing. Under Peter’s leadership, profits, season subscriptions and suite revenues increased significantly. From 1993 to 1998, he held sales and marketing positions with Six Flags Theme Parks, which was then a Time Warner company.

Peter is a native New Yorker. He and his wife, Natalia, have two children, Alexandra and Thomas. Peter holds a bachelor’s degree from Franklin and Marshall College, from which he also received an honorary doctorate in 2022, and completed the University of Chicago Booth School of Business’ Financial Executive Program.