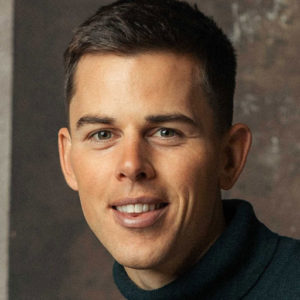 Ross Mackay is the CEO and founder of Daring, the leading plant-based chicken brand on a mission to remove chicken from the global food system.

Born and raised in Glasgow, Scotland, Mackay always kept a strict diet of high protein, low calorie foods as a former competitive tennis player. Mackay became vegan over ten years ago, after a fellow athlete “dared” him to try a vegan diet for a week to discover if there was a positive impact on his performance (hence the name Daring Foods). After struggling for years to find a minimally processed vegan alternative with recognizable ingredients, Mackay set out to create a plant-based chicken that rivaled the animal-based counterpart in taste, texture and accessibility, while contributing to a more healthful world. After years of product development alongside researchers and food scientists in the UK, Mackay launched Daring Foods in the US in early 2020. In 2021, Mackay closed Series A-C funding, raising more than $120M from high-profile investors like Founders Fund, D1 Capital Partners, Maveron, Palm Tree Crew, Drake and Naomi Osaka, and rapidly expanded the brand’s national retail distribution from 200 to 11,000 stores.

Mackay continues to position Daring for significant growth through retail expansion, new restaurant partnerships, innovative product launches, and more. Since its inception in 2018, Daring has been named an honoree on Fast Company’s World Changing Ideas list, awarded NOSH’s Best New Product, and in 2021, Mackay was recognized as a Food & Beverage innovator by Forbes 30-Under-30.