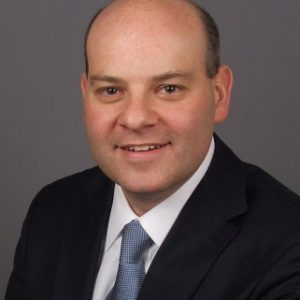 Henry J. Charrabé has served as President and Chief Executive Officer of RWL Water, Global Operations since May 2011. He brings more than a decade of experience in developing water management and investment solutions to his role at the company. Mr. Charrabé has been instrumental to the rapid success of RWL Water, achieving double-digit, organic growth. He is responsible for the successful identification, negotiation and integration of strategic acquisitions in Israel, USA, Italy and Argentina. He also led the efforts for RWL Water’s integrated sales structure in North and South America, the Middle East, Australia and Europe, as well as the establishment of partnership agreements in other strategic territories and industries.

Prior to his leadership role at RWL Water, Mr. Charrabé was a senior executive at RSL Investments Corp. in the United States and Europe. From 2003 to 2005, Mr. Charrabé served as Chief Operating Officer of W2W, an electrocoagulation wastewater technology company. Mr. Charrabé received a B.A. from the Freie Universität in Berlin and Tel Aviv University. He earned an M.A. in Political Science and an M.A. in International Economics and Finance, both from Brandeis University, as well as an M.A. in Public Administration from the John F. Kennedy School of Government at Harvard University.