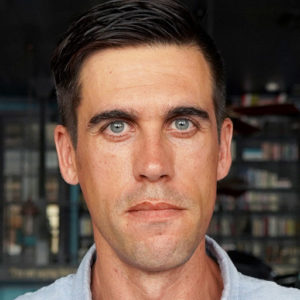 Ryan Holiday is one of the world’s bestselling living philosophers. His books like The Obstacle Is the Way, Ego Is the Enemy, The Daily Stoic, and the #1 New York Times bestseller Stillness Is the Key appear in more than 40 languages and have sold more than 4 million copies. Together, they’ve spent over 300 weeks on the bestseller lists.

His new book, COURAGE IS CALLING is available now!

He lives outside Austin with his wife and two boys…and a small herd of cows and donkeys and goats. His bookstore, The Painted Porch, sits on historic Main St in Bastrop, Texas.

Background on the new book:

Today, many modern readers are turning to Stoicism for solace and strength as we endure worldwide uncertainty on many fronts. Stoicism—deep resilience no matter life’s circumstances—is there to help people thrive a cruel world. At a critical moment in history where good character, role models, and heroism are sorely needed, the first book of an exciting new Stoic Virtues Series entitled COURAGE IS CALLING: Fortune Favors the Brave by Ryan Holiday comes at just the right time.

You’ll also delve deep into the moral dilemmas and courageous acts of lesser-known, but equally as important, figures from ancient and modern history, such as Helvidius Priscus, a Roman Senator who stood his ground against emperor Vespasian, even in the face of death; Frank Serpico, a former New York City Police Department Detective who exposed police corruption; and Frederick Douglass and a slave named Nelly, whose fierce resistance against her captors inspired his own crusade to end slavery.

Holiday closes the book with an untold story until now about his role in the ouster of infamous Dov Charney at American Apparel to illustrate the challenge of making courage a habit in real life. As Ryan writes, “We have to stop thinking of courage only as what happens on the battlefield or on a bus during the Freedom Rides. It’s also just not being afraid of your boss. It’s the decision to follow your own creative path. It’s drawing an ethical line. It’s being a weirdo if that’s who you are. It’s voting your conscience, not what the crowd wants. Or your parents.”

In a world in which fear runs rampant—when people would rather stand on the sidelines than speak out against injustice, go along with convention than bet on themselves, and turn a blind eye to the ugly realities of modern life—we need courage more than ever.

This new highly anticipated book in an ambitious series by Holiday, which tackles the four Cardinal Virtues (Courage, Temperance, Justice, and Wisdom) will surely interest fans of his prior books, as well as those exploring Stoicism for the first time.