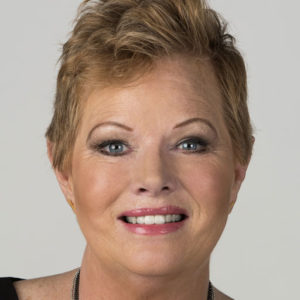 Shelley Smith is a five-time Emmy-winning reporter for ESPN since joining the network in January 1997. Most recently, she won the Emmy in long-form feature reporting for a piece she did on blind USC long snapper, Jake Olson, whom she and her producer spent nine years with documenting his journey. She was also a finalist, nominated in that category for a feature on Schuye LaRue, a former college basketball star now homeless and suffering from schizophrenia.

She also is a past recipient of the Vitale Foundation John Saunders spirit award and the WISE woman of the year.

She has covered just about every sporting event in existence, including the Super Bowl, NBA Finals, college football and basketball.

Prior to working for Sports Illustrated (1987-88), Smith worked at the San Francisco Examiner, Pacific Stars & Stripes and the Associated Press. While covering the 1988 Olympics, Smith was the first to land an exclusive interview with Ben Johnson, whose gold medal was stripped after he tested positive for steroids. Smith flew with him from Seoul to New York.

In May 2014, Smith was diagnosed with breast cancer, her third cancer(including uterine and melanoma) and underwent treatment, which ended June 2015. A subsequent mammogram showed no evidence of disease and she is considered cancer free.

Smith has one daughter, Dylann Tharp, who was an All-Pac-12 Conference second team soccer player at the University of Oregon and is a free-lance producer and middle-school coordinator for the San Pedro Boys & Girls club. Tharp and Smith teamed with Keyshawn Johnson to produce a 30-for-30 documentary, ‘”The Trojan War,” about the 2005 USC Trojans and their bid in the BCS national championship game against eventual victor Texas.

Smith continues to help spread the importance of early detection in breast and other kinds of cancers and has consulted with numerous charities, including the V Foundation, the American Cancer Society and the National Breast Cancer Foundation. She teamed with InfiniteLimitsMedia, a production group out of Seattle, to document her first post-treatment mammogram, done on state-of-the art 3D machinery. Entitled, “Triumphant,” for the first time, doctors had proof that the cancer is gone.