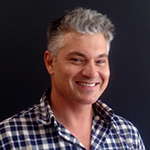 To understand Elliot Groman’s passion for living green, you have to go back to his early days, when he got interested in recycling and reuse possibilities while working as an engineer in the Russian army. Now the President of SpinGreen, a textile-recycling company, Groman looks for ways to increase textile recycling rates by spreading awareness and making recycling easier. Groman dubs textiles “the forgotten recyclable,” as Americans throw out 21 billion pounds of clothes a year, though 95% to 100% of that could be recycled. “We educate, we donate, we innovate and we’re totally transparent,” Groman says of SpinGreen. “The industry has morphed into a situation where there are [clothing recycling] boxes all over the place. [SpinGreen] decided to incentivize people to help kickstart textile recycling.”