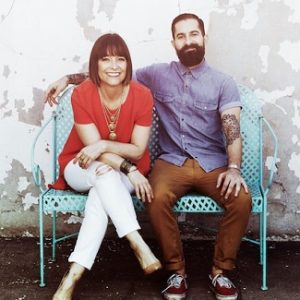 Kimberly Helms has traveled the world managing and producing theatrical productions such as American Idiot, Spring Awakening, Chicago, Avenue Q and Movin’ Out. In her early career, she was an Accounting Associate and House Manager at the Paramount & Moore Theatres run by the nonprofit organization Seattle Theatre Group in Seattle, Washington. She has had fundraising experience while working for SIFF (Seattle International Film Festival) and was proud to have recently been a board member for the new & progressive small theatre company in New York City, Active Theatre Group (www.theactivetheatre.com). For much of her life, Kimberly has been an avid yoga practitioner, training with such teachers as Travis Eliot, Govindas, Hilaria Thomas & has attended various yoga retreats at Udaya, Kripalu, 8 Limbs and the Yoga Lodge. It wasn’t until after becoming a vegan in 2009 that she realized the immense benefit the two lifestyles provided when combined. She feels inspired, blessed and overjoyed to apply her business background towards creating a space dedicated towards community, wellness personal growth.
Jared Stein has spent the last decade working in theater and music, initially as a performer, and more recently as a music director and supervisor. His credits include Broadway and National Tours of RENT, Spring Awakening, Hair and American Idiot. As a vegan, he constantly faced the challenge of finding good, healthy food, and staying true to his vegan lifestyle while touring. Back in New York, he had the pleasure of meeting with Natalia Rose (author, The Raw Food Detox Diet, The Rose Cleanse) and Gil Jacobs (renowned Colon Hydrotherapist and wellness guru) who introduced him to the principles of the raw food diet and cleansing. He adopted these small changes and noticed a dramatic difference in his overall health and energy levels. His friends, family, and coworkers started to take notice of his constant glow and energy levels. He has continued to study with Gil Jacobs over the past seven years, and deepen his understanding of the endless cleansing possibilities. It is with the desire to share his experience and knowledge that he seeks to create THE SPRINGS. He wishes to create a community centered around health, consciousness towards the planet and helping others to discover new heights of health and wellness.
Thanks for subscribing!