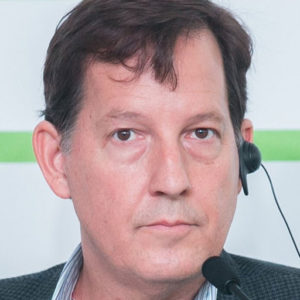 John Rosser is one of the world’s leading authorities on impact and sustainability investment issues, including smart cities, climate change and sea level rise. He has spoken at several leading conferences around the world during the past decade, including alongside former president Bill Clinton and, separately, on request of the government of Chile.

In 2009 Rosser founded Sustainatopia, one of the most important annual conferences for social, financial and environmental sustainability impact. Attendees have participated from more than 60 countries and it takes place in major US cities (including Miami, Los Angeles, San Francisco and Boston). More than 3.000 speakers have participated in Sustainatopia since inception as well as hundreds of major global companies, top investors, major media and leading government officials.

Previously, John was Managing Director for Aspen Capital Partners, having led their acquisition and financial division within global sports, media and entertainment, and led millions of dollar in transactional activity.

Earlier in his career, John spent time as an equity analyst, focusing on technology stocks, in addition to trading on his portfolio. Additionally, Rosser was intricately involved in more than twenty acquisitions within health, biotech, insurance, education and other fields.

John holds his Master in International Business from the University of South Carolina. He is fluent in German, with passable French and Spanish Skills. For his undergraduate, he attended Rhodes College in Memphis Tennessee.