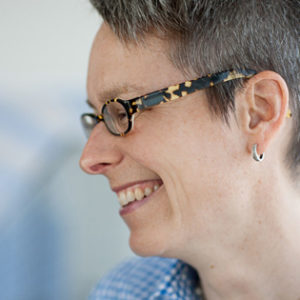 A-P Hurd is President and Chief Development Officer at Touchstone, responsible for corporate and project strategy.

Prior to Touchstone, A-P served as Director of Strategic Development at McKinstry. She started her career in finance, trading interest rate derivatives for Royal Bank of Canada, Canada’s largest bank.

\A-P is also a faculty member and Runstad Fellow in the College of Built Environments at the University of Washington, where she teaches a course on land economics and public policy. She has worked on numerous urban policy initiatives at the state and local levels, and has been widely recognized for her work, including receiving the Better Bricks Advocate award as well as and the “40 under 40” and the “Biznow Power 60” awards from the Puget Sound Business Journal.

Most recently, A-P was featured as an influential woman in real estate on the cover of the September 2014 edition of Seattle Business Magazine.

A-P is also the author of numerous articles and a full-length book, The Carbon Efficient City, published by the University of Washington Press.