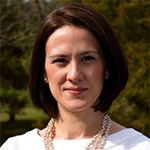 The United States Tennis Association started a recycling initiative for the 2008 U.S. Open. That year, approximately 30,000 bottles and cans were recycled at the event. By 2013, more than half-a-million bottles and cans were recycled at the U.S. Open. The USTA, guided by its Senior Manager of Strategic Initiatives, Lauren Tracy, is focusing on showing fans that attend live tennis events that the reuse practices in place really pay off. At the U.S. Open, waste generated from the previous year is recycled as compost to feed flowers on the Open grounds. Tennis ball cans become lanyards the following year. Seventy thousand spent tennis balls are strategically reused. “The tennis fan is very different than another sport’s fan,” Tracy explains. “It’s [about] understanding what is meaningful to them. We’re able to message what we’re doing to our fans to help engage them and [help them] hopefully do the same when they go home. They know what they’re supposed to be doing, and they know it’s important not only for the U.S. Open, but also for the entire country.”
Thanks for subscribing!