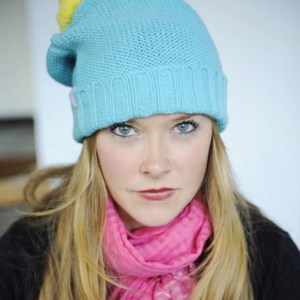 Ten-year U.S. Ski Team veteran, Kaylin Richardson is a two-time Olympian and a four-time National Alpine Champion. After retiring from racing in 2010, she discovered the magic of the Wasatch Range and settled in Park City UT. As a reincarnated big-mountain skier, Kaylin has fallen even deeper in love with the mountains. Dedicated to protect her chosen landscape and livelihood as a trained Climate Ambassador she’s committed to promoting and saving the sport she loves. How did you first get involved in the green industry? Since as early as I can remember it was instilled in me that we need to take care of our planet. Even during the short 10 years of ski-racing career, I could see the effects of climate change — glaciers receding, early snow melt, higher temps, etc. Like many I did not know how to get involved. However, in the early fall of 2012, when I first heard that Warren Miller was partnering with the Climate Reality Project I immediately wrote an email asking how I might be a part of it. Not surprisingly, many other pro skiers and snowboarders from the Warren Miller family volunteered as well and Climate Reality’s I AM PRO SNOW campaign was born — a concerted effort by the pro athletes to help the winter-loving masses that climate change is already seriously impacting what we hold dear. As temperatures rise and carbon pollution increases, it only makes sense that we as a community come together and set the example since our cold, blustery existences will be one of the first to be altered. What interests you most about being green? There are many amazing people that dedicate their lives to eradicating terrible diseases that we don’t even remotely understand yet. And, I respect those people and am so thankful they exist in this world. However, climate change is not that type of problem. This is not some mystery. Scientists almost unanimously agree what climate change is and what must be done. The solution is right in front of us. We have the technology to create renewable energy in every corner of our globe. We are highly adaptable and can adjust to the alterations it may cause in our lives. These steps that must be taken will create jobs and the infrastructure we need to succeed as a species. I am interested because we hold the solution in our hands and not many life-changing acts are as simple as that. What is your biggest “green” pet peeve? Idling motors hands down when it comes to pet peeves. Elective ignorance when it comes to “green”-killing epidemics. What green trend is most exciting to you or your industry? Solar and wind power at ski areas. In places like the southern west quadrant of the U.S., where the sun and wind are relative constants year-round, it makes sense. I also LOVE green, public transit. Just down the road from my home sits Salt Lake City, which now regularly suffers from some of the worst air quality in the nation due to the inversion. I realize that harnessing the city’s abundant renewable resources will be expensive on the front end, but with the clarity of foresight it will not only incredibly increase the health of the citizens, but also the mountains surrounding Salt Lake that create so much industry and make it such a special place to live. We must look forward to survive.
Thanks for subscribing!