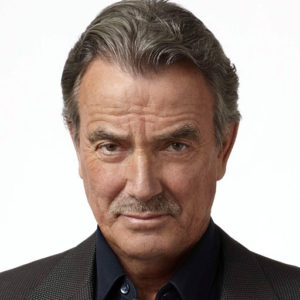 Internationally-acclaimed, Emmy Award-winning and People’s Choice Award-winning film and television actor ERIC BRAEDEN is a television icon and arguably the most popular character in daytime history. For over 40 years, he has portrayed “Victor Newman” on the #1 rated daytime drama series The Young and the Restless, which has over 120,000,000 daily viewers around the world.

Eric wrote his critically acclaimed and bestselling autobiography I’ll Be Damned: How My Young and Restless Life Led Me to America’s #1 Daytime Drama from HarperCollins.

Eric is one of the most recognized actors in the world. On July 20 2007, he was the recipient of a star on The Hollywood Walk Of Fame and become the first German born actor since Marlene Dietrich to receive such an honor.