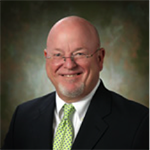 Over a period from 2004 to 2008, Sam Geil conceptualized the idea of creating a green industry hall of fame. After living in Kansas City and seeing the successes some other hall of fames had on the city, Geil returned home to Fresno, CA, to put the plan in motion. Now, the hall is ramping up its preparation for its fourth induction ceremony and conference at San Jose State University in San Jose, CA, on Friday, March 28, from 8 a.m. to 5 p.m. The event will also be streamed live on the IGIHOF website. “People can get involved by coming to the event [or] go on the website and watch it on March 28, and live green,” Geil says. “Live the most sustainable lifestyle you possibly can. That, at the end of the day, is the mission.” Visit the International Green Industry Hall of Fame website. Sam Geil appeared on Green is Good on March 10, 2014. Listen to his original appearance on the show here.
Thanks for subscribing!