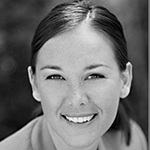 Paige Donner, wearer of many hats, including journalist, blogger, eco-activist, actor/filmmaker and more, returns to the show from Paris to discuss her passion for local food and wine. Donner became interested in the marriage of homegrown wine and food when she was in British Columbia to cover the 2010 Winter Olympic Games. Three years later, her Local Food and Wine blog has spanned the globe, covering the world’s great winemaking regions. As her interest in wine grew, so too did her concern for how climate change could potentially impact viticultural areas. “Wine grapes have long been recognized by scientists as being the most sensitive agricultural crop in terms of climate change,” Donner reveals. “What you see happening in wine regions [could preview] what is coming down the pike for other agricultural regions.”