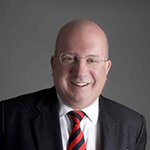 Payroll on a Budget

Charles Read, founder and President of Payroll on a Budget, pinpoints the greening of payrolls to the early 2000s, when a number of factors, including Internet access and the widespread acceptance of direct deposit and debit cards, reached critical mass levels. Read’s company has worked in a completely digital sphere since 2005, collecting client data online, drafting money electronically and distributing all payments online with secure electronic pay-stubs. “Once our clients are educated [about electronic payrolling], if they are environmentally concerned, they jump on it,” Read says. “We produce an environmentally desirable payroll system at a better price. You save green and green.”